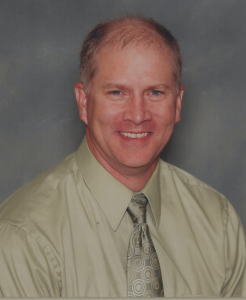 Brian Kelly could be called the Father of State Champions at Green High School. Starting with his state championship in 1986 Brian has had significant impact leading to a total of five state championships for Green in the pole vault. Brian was the top pole vaulter in the NAIA national meet (indoor and outdoor), he placed no lower than third at those national events.

In 1989, he placed third in the pole vault at both the indoor and outdoor NAIA national meets while also earning the NCCAA national title that year. He then went on to become a two-time NAIA national champion, winning the outdoor title in the pole vault as a junior and a senior. In all, he claimed five NAIA All-America honors including an indoor
national runner-up finish as a senior. He also earned the NCCAA pole vault national title in 1991. In addition, Brian was a three-time All-Ohio Champion (in 1989, ’90, and ’91). As a decathlete, Brian has scored 6128 points, which still ranks him in the top 10 all-time at Malone. He still holds Malone’s indoor pole vault record at 17’0” and, with a leap of 17’ 4 ¾”, has the second highest jump in Malone history, only ¼” behind the Pioneer record holder. And, oh yes, that record holder —- none other than the 2004 Olympic Gold Medalist Tim Mack.

Brian is currently one of the most respected vault coaches in the state of Ohio, Brian previously served as an Assistant Track & Field Coach at Cuyahoga Valley Christian Academy where he coached the 2008 and 2010 Ohio Division II state runner-up in the girl’s pole vault. He also helped direct CVCA to the 2008 and 2009 Ohio Girls Division II Track & Field Championships.

Brian still competes on a national level. Brian lives in the area with his wife Shannon and their children, Morgan and MaKenzie Kelly and Kaleb and Julia Esber.