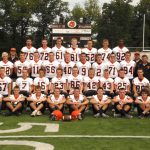 The Freshman Football Team under Head Coach Mark Resanovich finished the season with an 8-1 record and for the second straight year won the Suburban Conference Championship. 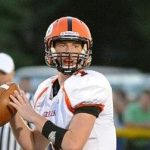 John Davies tied the Suburban League Record for most yards passing in a game with Mike Hoover from Wadsworth who last accomplished this in 1999 against Midview High School. John’s five TD passes also tied him for most TD passes in a game with 4 other players, most recently by David Murray from Nordonia who had 5 versus 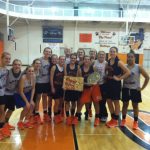 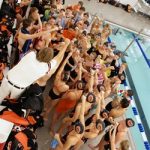 Led by Kennedy Herbert the Green Bulldog Girls Swim team prepares to defend the Suburban League Championship in 2013-1014.  Kennedy was only the second swimmer to qualify for the state championships from Green. 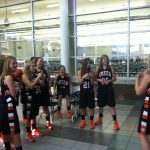 The 2013-2014 Girls Basketball team takes a break from preparation for the opener against Akron Kenmore and Norton HIgh School on November 22nd at 6:00 PM by donning their new uniforms for team pictures.  The girls will have both new home and away uniforms purchased through team fundraisers in conjunction with the All Sports Booster 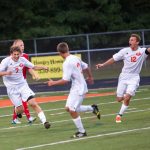 The Green All Sports Booster Club invites everyone to join us on Tuesday November 26 at 6:00 PM in the high school commons for a reception honoring the Fall Sports Teams.  Immediately following the reception at 7:00 PM the Fall athletes will be honored in the school auditorium followed by individual and team award presentations by 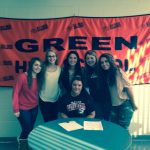 Four year Softball Letter winner Paige Darnell-Smith signed a National Letter of Intent to play softball at Walsh University next spring.  Paige will be playing 3rd base and catcher for the Cavaliers.  Paige has played 7 years of travel ball including a stint with National Runner Up Ohio Wolfpack Black in 16U and with 18U

Stay tuned for schedules to be posted on the website for all Winter sports. 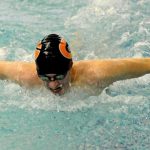 Bulldogs News · Oct 1 Welcome To The Home For Bulldog Sports

Winter sports are around the corner and this year the Bulldogs will feature an online presence that will cover our schools athletic programs like never before. Stay tuned for more details and exciting news!